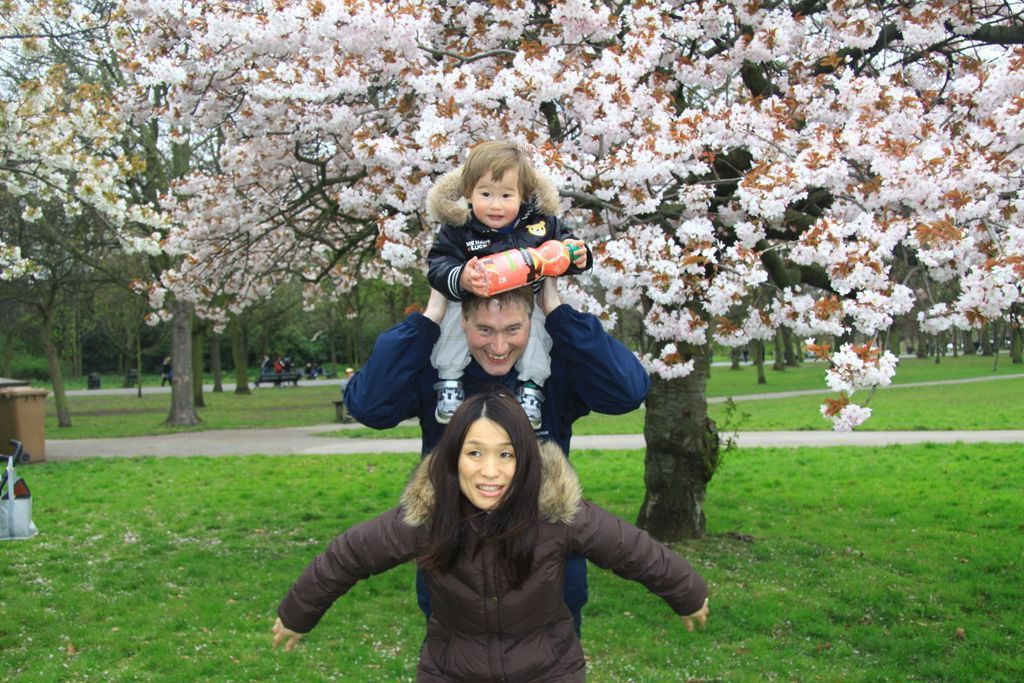 You’ll often find Paul Woodhead at Japan-related gigs, events and otherwise in London (and sometimes Japan!).  An inspiring and active member of the community here in London, Paul will welcomes you to join the London Japanese Meetup group here, or on facebook here.

Upcoming events – the group meets at the Slug and Lettuce on 5 Lisle St on the second Tuesday of every month at 7pm (near Leicester Square and China Town – map here).  There are also Meetups at the Japanese theme bar Fluid in Farringdon.  These are on the last Wednesday of the month (apart from December, where it will be on Monday the 17th).

I run the London Japanese language meetup.  I’ve been fascinated by Japan for a long time.  One reason was having seen a programme on climbing Dewa Sanzan (three sacred mountains) when I was young.  Later I was drawn in by the technology, culture and (of course!) the food.  I’m also really into music, and the first time I went to Japan I met some friends  of a friend who were regularly playing and I found we had a real musical bond.  I thought: ‘I’ve got to learn to communicate with these guys better!’.  When I got back to the UK, I took up Japanese lessons.  I thought it would be so useful if there was somewhere to go and practice my conversational Japanese, and also hear how people really speak.  I hunted around, found the Japanese meetup, went along – and subsequently ended up running it.

2. Why should people come to the London Japanese language meetup?

It’s a really informal atmosphere, and lots of Japanese people attend every month.  You can practice Japanese without pressure.  Likewise, it’s a great place to learn about Japanese travel and culture, and to chat about Japan generally with a multinational crowd.

3. What are your top tips for attendees?

Just jump in there!  Each time there are first time attendees, and I’ve been in that position myself too!   It might feel a little intimidating at first, but it’s a friendly crowd with common interests.  I’ve met people into music; people working in similar jobs to mine – but in Japan; through to someone who travelled all around writing about Japanese food.  Also I met a Japanese guy looking to form a band, and now we regularly gig, playing a type of J-Rock inspired music.  The band is called ‘Colors’  andiIf you want to check us out there’s info here, and on our facebook page.

4. What are your favourite Japanese things in London?

I love proper Japanese style Karaoke (NOT pub Karaoke!), so OnBoard Karaoke in Earls Court is a great place to go.

If I want my fix of Japanese music there’s always Japan Underground, who bring live bands across from Japan as well.

For food and drinks there’s always Suzu in Hammersmith, Bincho on Old Compton St, Life on Old St, and of course Fluid bar in Farringdon where we have regular events.

For catching up on films, there’s always Third Windows Films and Terracotta who import some really innovative films (Fish Story being one of my favourites).

If you love Japan, and live in London, and would like to be featured in JapaneseLondon.com’s ‘People in Japanese London’ profiles, contact us!

Next post: ‘I Just Didn’t Do It’ Film Review