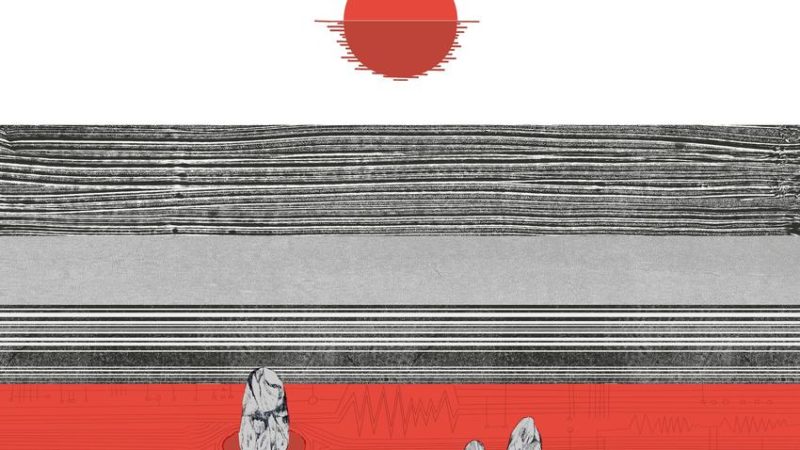 A series of gigs featuring artists from Japanese underground scenes responsible for genre-defining music over the past 40 years.

From the ground breaking electronics of Yellow Magic Orchestra to the sonic arts of Ryoji Ikeda and quirky Pop of Mariah, these are artists that changed the face of music as we know it. Yet it isn’t culturally defining moments in American music, but Japanese underground scenes from which they’ve emerged. 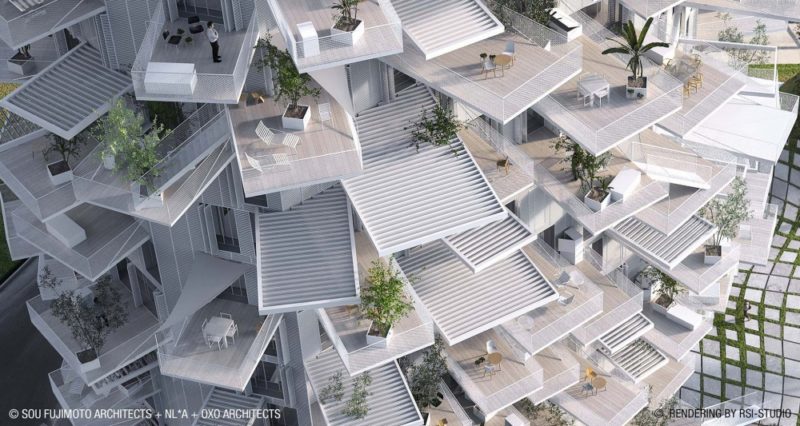 “Creating architecture is like planting seeds of the future” ‒ Sou Fujimoto

‘SOU FUJIMOTO: FUTURES OF THE FUTURE’, is an exhibition held in collaboration with Tokyo’s TOTO GALLERY・MA. Seen for the first time in the UK, the exhibition explores the innovative works of one of Japan’s most influential contemporary architects. Fujimoto’s vision of the future is not a fully imagined set of assumptions but is to plant the seeds of inspiration and potential. This exhibition looks at not only current projects but also Fujimoto’s architectural experiments for the future asking the visitor to share in imagining a variety of futures of the future.

Accompanying the exhibition is a lecture by Sou Fujimoto on 12 June, at the Design Museum, entitled ‘Sou Fujimoto: Futures of the Future’, followed by a session in conversation with The Guardian’s architecture and design critic Oliver Wainwright.

In addition, Fujimoto also presents ‘Architecture is Everywhere’ which illustrates the concept of discovering architecture within the forms of everyday objects: the serendipity of finding numerous possibilities for new architecture.

Born in Hokkaido in 1971 and a graduate of the University of Tokyo, Department of Architecture, Sou Fujimoto established Sou Fujimoto Architects in 2000. Some of his most notable works include Serpentine Gallery Pavilion 2013, House NA (2011), Musashino Art University Museum & Library (2010), Final Wooden House (2008) and House N (2008).

In collaboration with TOTO GALLERY·MA, Tokyo and a part of the London Festival of Architecture 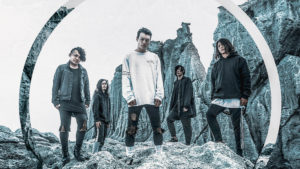 Japanese metal outfit Crystal Lake return to London on 4th July 2018 for a one off headline show.

Support comes from Napoleon, Carcer City, Of Virtue and The Royal 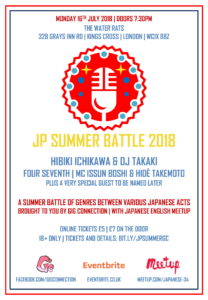 A Music Battle between various genres by Japanese musicians to heat up the Summer! 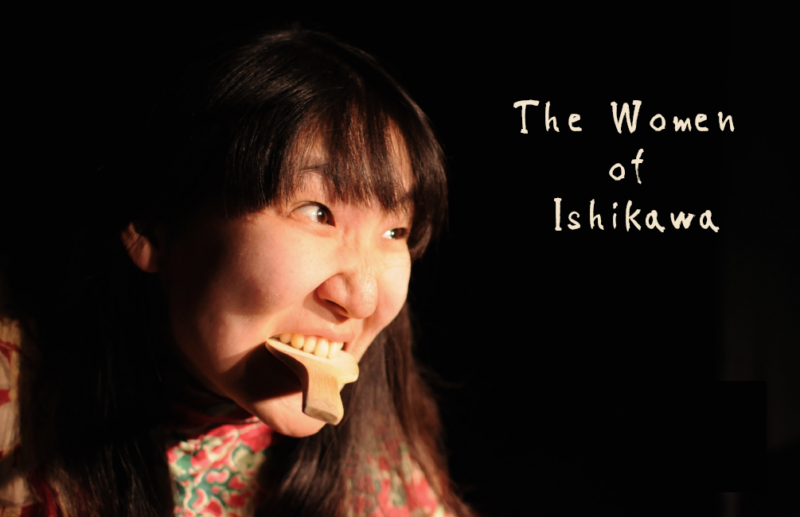 The Women of Ishikawa

Be drawn into the faraway world of The Women of Ishikawa.  It is a selection of strange, hilarious, and tragic folk stories from the mountains of Ishikawa, brought over from Japan and performed by Doubtful Sound. The show is in a mix of Kaga-ben (the local dialect) and English, and the stories are sprinkled with traditional folk songs from the SOAS Min’yo Group.  The tales performed in Japanese have English subtitles.

The performance at the Daiwa Foundation includes a ghost who nurses babies, girls falling asleep on the shoulder of a monk, a collapsing cave, a mochi-fight, a potato digger, uncomfortably welcoming guests, a snake swordsmith, the queen of thieves, a lord who tells terrible jokes, an elderly lady under the floor, a young woman murdered by the sun, and a basket of bees.  The show will include a Q&A session, providing a chance to ask the director, dramaturg, and musicians about the tales and songs.

About the contributors
Doubtful Sound
Doubtful Sound is a bilingual theatre company who research, translate, and perform traditional stories and folktales from far flung areas of Japan. The group was formed in Tokyo in 2012 and have since performed the tales in ancient temples, Japanese gardens, pubs, over rivers, at festivals, and occasionally in theatres. Scenes are performed in Japanese and English with the Japanese scenes often in the local dialect of the area.
SOAS Min’yo Group
The SOAS Min’yo Group are a largely amateur bunch of Japanese folk song (min’yo) devotees who meet regularly at SOAS, University of London, to practice singing, instruments and some dancing. Launched in 2012 by David Hughes, a Japanese music specialist at SOAS, its members are of various nationalities, including Japanese. The Group have performed at many events around the UK and abroad.

For further information, see www.facebook.com/SOASMinyo, or email David at dh6@soas.ac.uk. 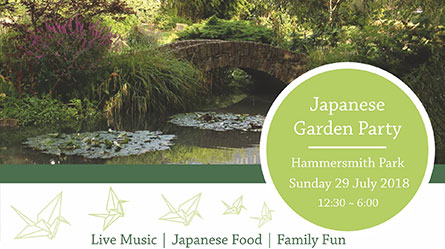 Image courtesy of the Sequins and Cherry Blossom blog.

No booking required – just turn up on the day!

An afternoon of Japanese live music, family activities and Japanese food to celebrate the regeneration of the Japanese garden in Hammersmith Park! Expect taiko drumming, ramen, and family friendly activities such as origami and calligraphy, alongside much more! Co-organised by the Japan Society and the Embassy of Japan.

The day will end with two very special performances by contemporary Japanese artists Ichi and Hatis Noit. We hope you can join us for what is bound to be a fantastic summer celebration of all things Japanese!

Hammersmith Park is all that remains of the 1910 Japan-British Exhibition in White City, but few know it is a Japanese garden. Now an avenue of stone lanterns and a wooden entrance gate are being installed to celebrate the park’s Japanese origins.

To mark the event, Japan Society, together with the Embassy of Japan and the Friends of Hammersmith Park, are hosting an afternoon activities and music. Children and adults alike can make their own Japanese lantern to take home, learn to write their name in Japanese, try on a kimono, fold some origami, and even meet Hello Kitty herself!! That’s right – Hello Kitty will be making a personal appearance at the celebrations! And if all the excitement makes you hungry, you’ll be able to sample delicious Japanese street food at the Japan centre food stalls.

A wide range of Japanese traditional and contemporary music will fill the garden all afternoon, from the guitar-like shamisen, to taiko drums, concluding with performances by two exciting Japanese musicians. ICHI, takes the concept of the one man band to entirely new heights with his homemade instruments and eclectic, fun sound, while Hokkaido-born Hatis Noit’s mesmerising vocals draw on musical traditions from Japanese court music to opera, and Buddhist chanting to pop. 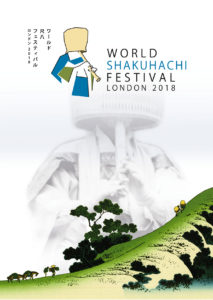 The World Shakuhachi Festival 2018 brings together many of the world’s best performers of the shakuhachi, the Japanese bamboo flute, from all continents. It presents, at highest level, a broad cross-section of traditional and contemporary solo and ensemble music for shakuhachi. As an instrument, the shakuhachi is known by many people, but without being named or recognised. It has put in appearances in many film soundtracks, including the final Harry Potter films, and is on the other hand enjoyed by many because of its deeply meditative quality. The instrument is, however capable of a broad range of music, from quiet to energetic and stimulating, alone, and grouped with other instruments, from Japan and elsewhere. The broad spectrum of its music will appeal to music lovers from all walks of life and with all tastes, from traditional to modern, from meditative to ‘world music’.

The WSF2018 will offer an unique opportunity to experience the world of shakuhachi close up and in a variety not seen before in the UK or Europe. Our schedule is bursting with a wide range of concerts, workshops, lectures, talks, exhibitions, screenings and informal gatherings, bringing together around 40 top-level shakuhachi performers from Japan and another 40 from other countries to play and teach. Whether you are a seasoned shakuhachi professional, an enthusiastic hobbyist or simply interested in discovering new cultural and musical territory, WSF2018 is the place to be. 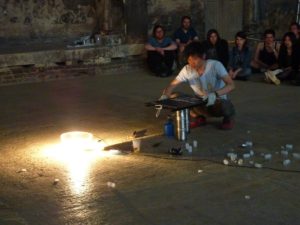 A floor strewn with beer cans, bits of scrap metal, ceramic bowls, curious, miscellaneous electronics and wires: a collection of sundry things to make sound. Tetsuya Umeda, Dirty Electronics and Tim Shaw create a series of performance-installations that embrace ‘working in public’. Objects and things are explored in situ, in time, in memory. There is a prioritisation of sound. It is only through the dismantling and analyzing of things that we may understand their structure…making and unmaking become a processual part of performance. This unique collaboration focuses on performing in ‘each other spaces’; and how prototypic, extended electronic circuits and technological processes may intersect with materials and physical objects within a space. 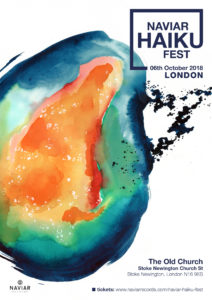 The third edition of the Naviar Haiku Fest, a day event exploring the relationship between music and haiku poetry, comes back to London for the second time after our first show in October last year.

We’ll start the event with an introductory workshop to haiku, a traditional short form of Japanese poetry. In the afternoon there will be a series of talks and panel discussions focused on creativity, ‘arts-meets-science’ and more.

The Haiku Fest will end with a series of live performances by members and friends of Naviar Records, working in the fields of ambient, electronic and contemporary classical music.