Gamarjobat – The Shut-Up Comedy from Japan 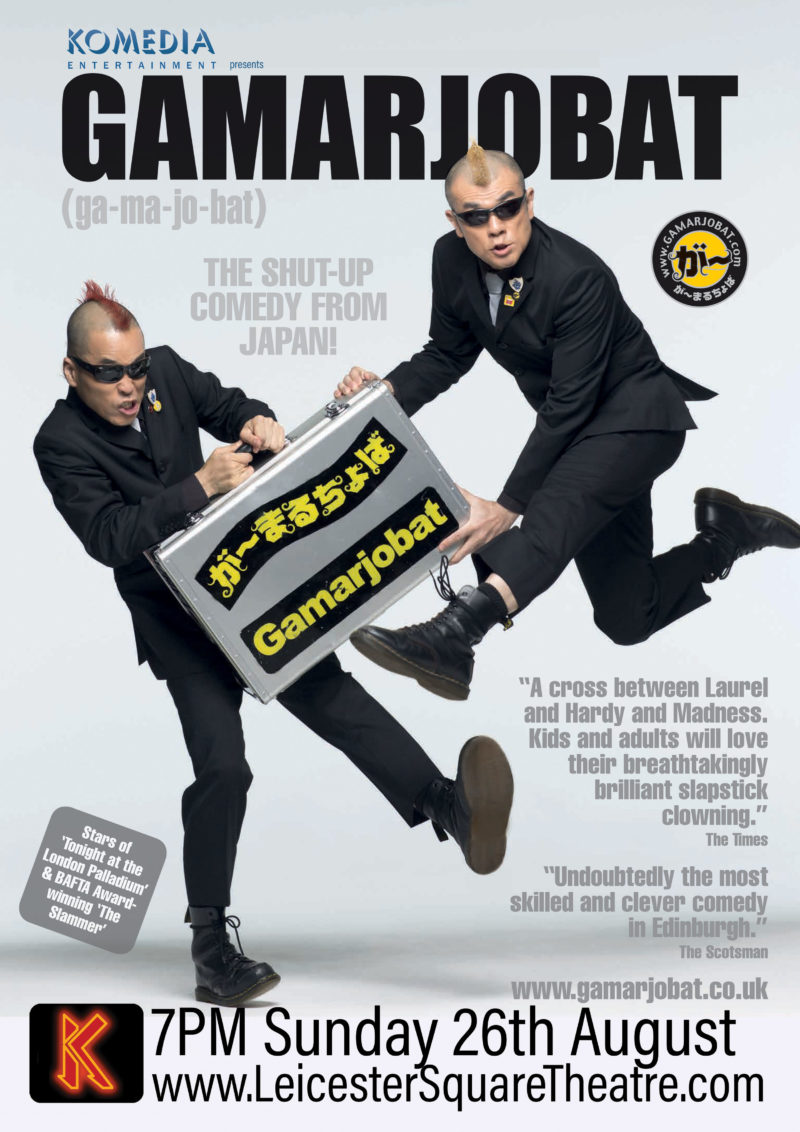 Since storming the Fringe in the noughties Gamarjobat (pronounced Ga-ma-jo-bat) have become one of the few acts that can truly claim to be a global sensation, having performed in 36 countries, from Broadway to China, and racked up over 50 million views on YouTube. This year Ketch! (red mohican) and HIRO-PON (yellow mohican) are BACK and will be performing their West End Premier with a show packed full of their very best world-conquering fast-paced comedy. In the UK Gamarjobat have starred on ITV’s Tonight at the London Palladium, been twice winners of BBC’s BAFTA award-winning The Slammer and fronted Ketch! and HIRO-PON Get It On on BBC3.

Previous post: The Beauty of Japanese Autumn – by June Miyoshi