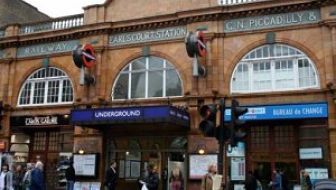 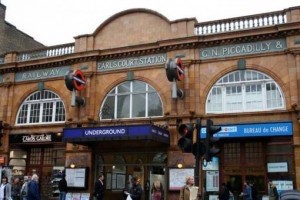 Earl’s Court is a hidden gem, able to provide a small but very authentic Japanese evening out.  Not known for being an area of London with a high Japanese population, or influence, Earl’s Court is home to a smattering of excellent establishments.

Mai Food maifood.kcnote.com – has a distinctly cafe-like feel.  It’s even got those awkwardly attached table/chair combos that you have to slide into.  Not ideal if you are in a group larger than four people… and if you were to take a peek in the window at the layout, you might be likely to give Mai Food a miss.  However, you’d be missing Mai Food’s charm: it’s an authentic, unpretentious neighbourhood eatery.  Members of the London Japanese community often pop in for a quick bite and cold beer on their way home from work.  Food is prepared in an open kitchen by the Japanese husband and wife team.  Highlights include the ‘梅しそ巻き / PLUM AND PERILLA ROLLED’ sushi at ￡3.9o.  I’ve never had umeboshi and shiso leaf in makizushi before and it is definitely a winning combination.  The Katsu Curry does not disappoint, and the karaage is crispy and fresh.

OnBoard Karaoke www.onboardkaraoke.co.uk– is a narrow, underground karaoke place with plenty of character.  There aren’t many places in London where you can choose from a wide variety of Japanese language songs too.  Their website claims OnBoard is, in fact, ‘The only authentic Japanese social Karaoke bar in London”.  Your song picks are shown with the classic  karaoke videos of sad, lonely people from the 1980’s in long coats wandering through windy parks.  The rooms are mall but good value.  Recommended.

Earl’s Court is also home to the Hyper Japan 2012 Christmas event www.hyperjapan.co.uk, which will be held from 23-25 November this year.