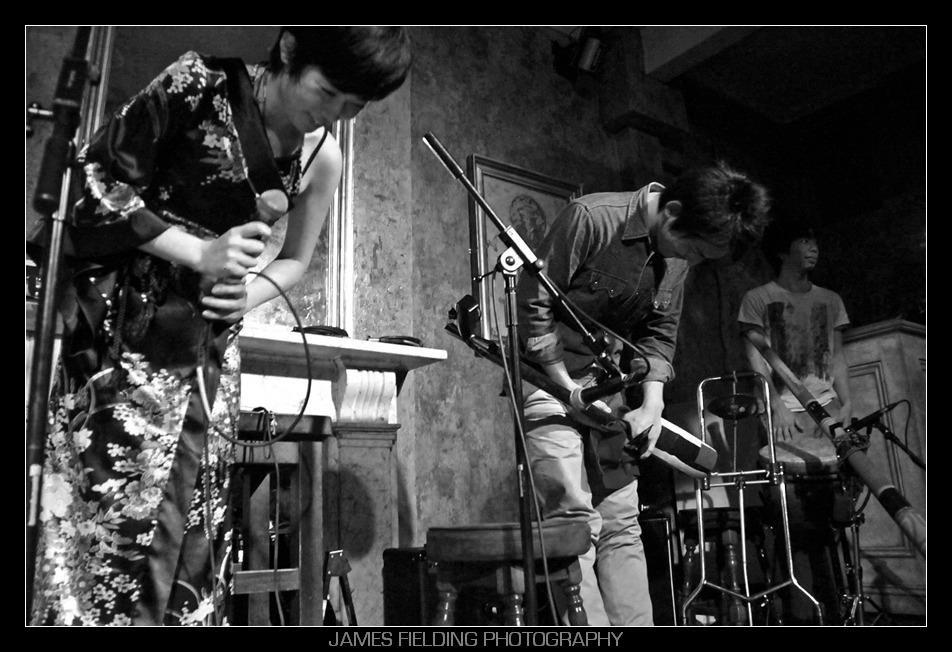 ‘GAKUNOWA’ Organiser Kaori Sukegawa tells us all about the purpose behind their musical community, and gives us some top tips for Japanese things in London.  Watch out for their Gakunowa’s event, coming soon.  The last event was the ‘Mad Hatter’s Rock Party’ in January where 5 bands, including musicians playing Japanese traditional music (including Hibiki Ichikawa, a famous shamisen player) and a band coming specially over from Japan, performed!

GAKUNOWA is a community based in London which expands music social networks by promoting Japanese musicians who are active not only in London, but also in Japan.  We do this through organising events; small events every month and big events twice a year. We know it can be difficult for Japanese musicians in foreign countries, so we give them a great opportunity to perform in front of a supportive audience.  Also we think it’s really important for musicians to connect with each other, and other people who like music, for collaboration, support and enjoyment. That’s GAKUNOWA’s purpose.

2. Why should people come?

We believe that ‘two heads are better than one’!  We would love to make small ideas bigger through working together and creating new art.  Sometimes you can find a real genius who already knows how to perform, create something new, and entertain.  But more often, people need to work together to achieve genius!  Japanese musicians who are living in the U.K. are really ambitious and can create amazing new things which they couldn’t in Japan.

3. What are your top tips for attendees?

Be open-minded to everything happening around you.  Keep clarifying what you want to do with your chance to experience life in London. Even though it’s hard for Japanese musicians to speak in English all the time, remember there are lots of ambitious people in London and they are looking for someone to work with, or an opportunity to take action!  At Gakonowa, people who love music gather and talk about not only music, but also what they want to do in their life, and share ideas to create new entertainment that will inspire audiences!

4. What are your favourite Japanese things in London?

・Naomi Suzuki – Japanese pop singer. Her music is powerful. She works not just for Japanese music scene in London but also for supporting Japanese.

・JAPAN Underground – They promote Japanese musicians in London. All events they organise are amazing.

・Japanese Restaurant Seto – Japanese restaurant in Camden. Their ramen noodle is the best in London!