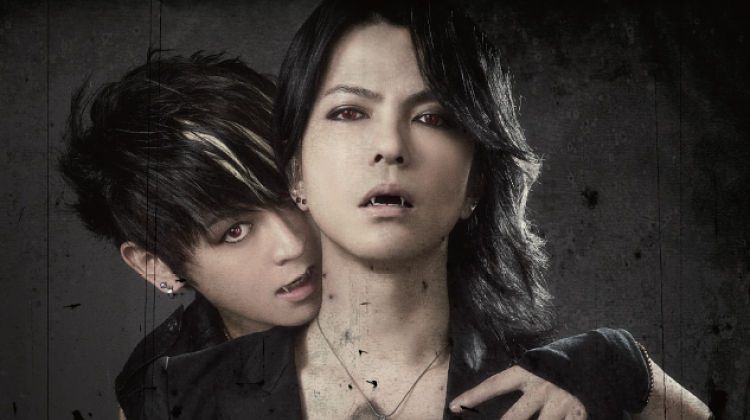 VAMPS(JPN), the Japanese rock band formed by and featuring HYDE (L’Arc~en~Ciel) and K.A.Z (Oblivion Dust), will play at Koko, North London on March 28;  their only European date!  JapaneseLondon.com has a FREE pair of tickets for readers in our next newsletter!  Sign up to receive details.

VAMPS(JPN)– one of the most successful, high-profile rock acts from the Japanese scene – last played London in October of 2013, headlining a sold-out night at the Islington Academy.

Tickets are on sale now priced £20 (subject to per-ticket charge plus order processing fee) and are available from: www.livenation.co.uk or www.ticketmaster.co.uk. Special VIP tickets, limited to 100, are also available.

THE LATEST VAMPS(JPN) album, ‘SEX BLOOD ROCK N’ ROLL’, is available now via Spinefarm Records; this career-spanning collection – containing lead single / video ‘REVOLUTION’, as well as new single / video ‘SEX BLOOD ROCK N’ ROLL’ – has been set up to introduce and define the band for the international arena, with a degree of re-recording and re-mixing taking place, and a greater balance of English vocals added throughout.

Says HYDE: “This ‘Best Of’ album that we gave ourselves entirely to is designed to export VAMPS to the world.”