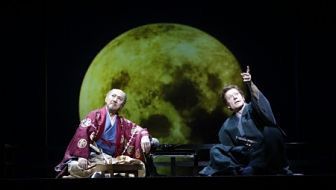 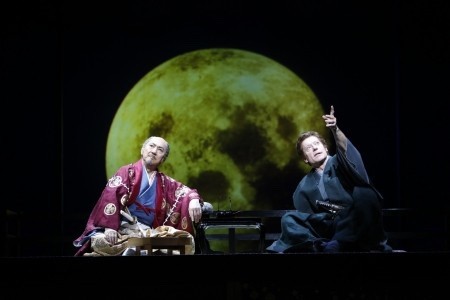 Love both Japan and England? Torn between two countries on opposite sides of world? William Adams, the English Samurai, would empathise entirely. His dilemma will be close to the hearts of many in the audience. He feels he has ‘one foot on the land and the other in the sea’. The British pilot of a Dutch vessel shipwrecked off the coast of Japan in 1600, Adams forms a friendship with the Shogun Tokugawa Ieyasu. Won over by the Japanese culture, he never again returns to his homeland.

Thick with swashbuckling sword fights and valiant Samurai, bawdy humour and courtly scenes; rife with historical prejudices, power and politics; besieged by struggles of East vs. West, and Catholic vs. Protestant, Anjin: The Shogun & The English Samurai Theatre is an epic tale now on at Sadler’s Well’s Theatre until 9 February.

Sound overwhelming? Don’t worry. Just let the sumptuous backdrops, careful costuming, and confident acting in the action-packed ‘Anjin’ sweep you away to Japan, just after the Battle of Sekigahara. Tackled by Director Gregory Doran of the RSC, we find in ‘Anjin’ an approach to history inspired by Shakespeare, revealing a tumultuous time of political strife, alongside personal lives rich with detail.

The historical background of the play is dense and would be challenging to unpick in a single sitting. Names of Japanese rulers and clans whiz around like the clashes of swords in the air. Try not to be distracted and approach it as you would in an unfamiliar Shakespeare play – the facts are one of many layers of the play, and having a firm grasp of them is, fortunately, not essential to enjoyment. If that doesn’t suit you, well, there’s a good synopsis in the programme which is a quick pre-show read.

For the most part, the play switches seamlessly between Japanese and English. The effect is unexpectedly unified and pleasing. The surtitles shown on screens next to and above the stage were not perfect, sometimes distracting, and there were a few instances of humour divided by language ability of the audience. One has to stay alert to follow the dialogue, which the cast does handle admirably. I only missed a few words in the 3-hour production.

It might be hard work for the cast, but it’s not all hard work for the audience. Gorgeous gold clouds, massive screens and clever video projection are visually stunning. A cut out of an incoming boat and falling snow/sakura are lovely, and my favourite scene involved the pilot and the shogun picnicking in the glow of a full moon. Humour derived from simple things such as Adam’s mixing up the name of the instrument she plays – the okoto – with his future wife’s name – Oyuki – will bring a smile to the lips of any language learner. Anjin may be epic, but you may choose to enjoy it on any number of different levels.

Anjin is part of the Japan400 festival of 2013, celebrating the 400th Anniversary of Japan-British relations. For more related events, see the Japan400 website here.

Previous post: ‘The Woodsman and the Rain’ Film Review