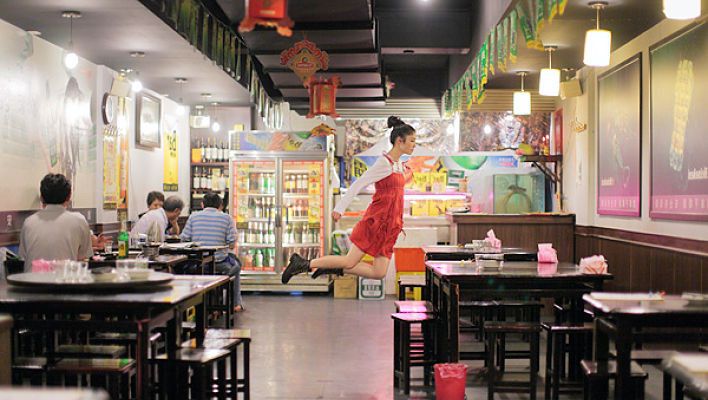 Elegantly encapsulating an essence of ‘Japaneseness’; with all the elusive paradoxes that entails, this mesmerising book offers a read that is somehow light and breezy, yet possessing of  literary depth.  Nominated for the Man Asian Literary Prize 2013, Strange Weather in Tokyo (amazon associate link) is so much more than a romance novel about two lonely people who find solace in each other’s company.

Plain with the truth, the tone of the narrative is confessional.  Bored, thirty-seven year old office worker Tsukiko gets to know Sensei, a man thirty year her senior.   She recognises him from her own school days and they both enjoy drinking in a local bar.  Socially awkward, she makes no bones about the fact that she goes there specifically to drink.  Drink a lot.  And eat.  Socialising is incidental.  A love of sake, beer and traditional Japanese dishes brings the two together, on and off throughout the year.  As the seasons pass, the odd couple indulge their appetites, but restrain their feelings.

Alone, together, in the city, there is always a feeling of disconnection.  Neither character seems quite three-dimensional.   They reveal little to each other or to the reader.  Only on jaunts into more natural settings, such as the mountains of Tochigi for mushroom hunting, does Tsukiko experience some sense of confused connection. ‘I found myself surrounded by such a plethora of living things, all of them buzzing about.  What on earth was I doing, wandering around a place like this?’  In contrast, Sensei remains comfortable, no matter how trippy and bizarre the situation becomes.  When he opens up about his wife’s experience with the poisonous ‘Big Laughing Gym Mushrooms’, and we learn that she left him, but little else.

Hesitant to share too much, or to ask questions of each other, the Tsukiko and Sensei continue to communicate tersely, sparsely, all the while building a rich emotional connection that just doesn’t bare close examination.  Delicate observations are saved for practical things, such as food: ‘See how the octopus’s translucent flesh turns white when you put it in hot water… But, just before, there’s a moment when it appears ever so slightly pink, don’t you see?’ comments Sensei tenderly, on the couple’s trip to a remote island.

The experience of reading this book is like peeling an onion.   With each layer, like each chapter, you get deeper.  Each layer is one of the same whole, yet separate.  Some layers are paper thin; insubstantial; difficult to define.  Others are more robust.   Sharp, yet subtle, the tantalising flavour of this strange, dreamlike novel emerges gradually and will surely linger for a very long time.  Universal themes of love, loneliness, and loss are woven together into a text that will be particularly appreciated by those with an affinity for Japanese cuisine and culture.  For me, this was one of those books to truly savour.  I had to discipline myself not to gorge on it all in one sitting!

By the way, if you like the cover image, check out more of Yowayowa Camera Woman’s amazing images on her website here.