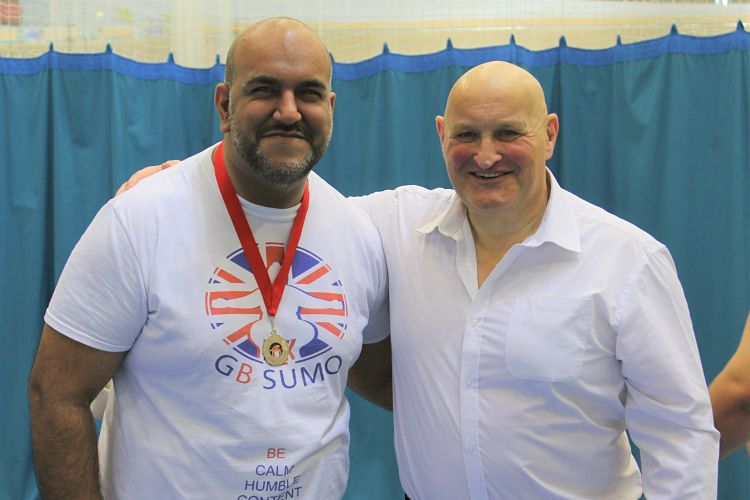 What do you do, and why?

Hi. My name is Deep. And I am the British Novice and English Master’s Heavyweight Sumo Wrestling Champion. Sumo is an ancient martial art that is an intrinsic part of Japanese culture.

I began my journey in sumo in November 2016, and with the guidance of Steve Pateman, my coach and President of the British Sumo Federation in Derby, have won two national tournaments to earn these titles and my 1st Dan.

I have also wrestled with success in the US and Norway in 2017, as I plan to further in India and Taiwan later this year.

I find the Japanese culture, and sumo within it both fascinating and fun. I particularly enjoy its crossover in values, that I believe are what ultimately keep us grounded, and what we must all work to champion.

I came to learn sumo in the UK, and now dream of becoming the first British Indian Amateur Yokozuna by the 2020 Olympics.

Why should people in the UK care about sumo?

Although niche, there is much to take away from this discipline of the samurai, both as a participant and spectator i.e. a moral code of chivalry, agility, balance, strength, and then, hard hitting sports entertainment!

How can people get involved?

Take a look at the immersive new video on my Facebook page here  – it’s a little bit like getting in the dohyō (sumo wrestling ring) yourself! It’s the first ever promo of sumo in 360 degrees.

To increase its exposure, I am seeking support to participate at the next Sumo World Championship in Taiwan in July 2018; and ultimately set up a training centre in London. Till then I invite people to contact Steve, where they can learn more about cultural integration, wellbeing, and the sport.

What are your top tips for attendees/people who are interested in sumo?

Whether you wish to support, watch and/or take part, sumo is open to all. If you want to have a go yourself, please do go ahead and contact Steve to arrange it! http://www.sumo.org.uk/haveago.htm

Age, size, skills, status, gender, ethnicity, experience; never let these labels define or hold you back. If you believe, you can achieve.

The referee just gets you going and doesn’t usually interfere at all. Yes, you cannot punch or kick or pull hair, but most things go.’ (taken from sumo.org.uk)

Of the many people, places, and products that are Japanese in London, my favourite is the Kyoto Garden in Holland Park, that – like all such spaces – reflects the beauty of oneness.

It was donated by the Chamber of Commerce of Kyoto in recognition of the Japan Festival held in London in 1992 – including the first international sumo wrestling competition at the nearby Royal Albert Hall.