How to Learn Japanese by Watching Film 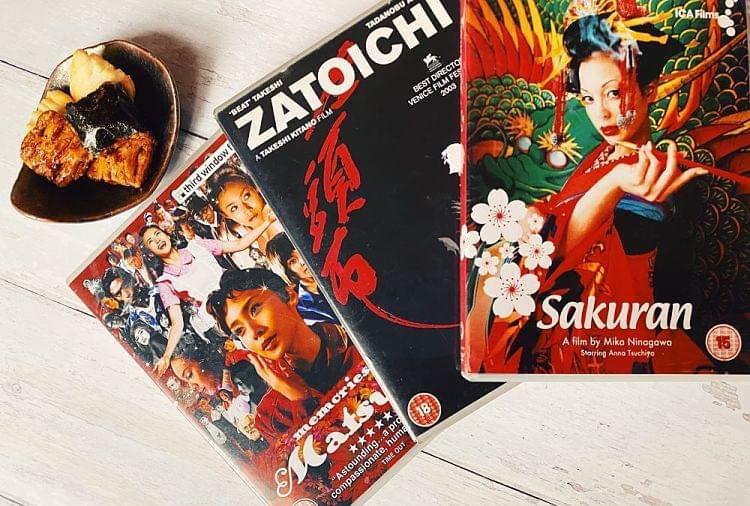 ‘Sumimasen’ I stage whispered urgently in the dark, causing the whole row of cinema-goers to stand up so I could slink off to the exit. It was buttock-clenchingly embarrassing. Gomen nasai, good people.

Until that point it just hadn’t sunk in for me that Japanese film would be entirely in, um, Japanese.

I was baffled. I bailed 20 minutes in.

That’s when the true value of subtitles dawned on me.

The Japanese film industry is massive, rivalling Hollywood and Bollywood. Domestic films get well over half of the box office share in Japan. Yet, counter-intuitively, Japan isn’t always the ideal place to get your Japanese film fix (unless you are already pretty fluent in Japanese).

Drumroll please. London is the (second) best place in the world for Japanese cinema. Yatta!

Film festivals, enterprising DVD labels and cultural organisations in the UK have been importing their curated selection of Japanese films across a great range of genres for approaching 70 years.

Replete with subtitles, even in the cinemas, woohoo (except kids films, which are often sadly, but very understandably, dubbed). For English speakers, there are so many chances for us to discover Japanese classics, as well as the latest releases.

My attention span rivals a goldfish on Twitter these days. And seriously, that’s why I LOVE learning that doesn’t feel like learning. It’s got to be fun and interesting. Now, more than ever, that is essential. And crucially, meaningful and in context.

What could be a better Japanese-learning hack than immersing yourself in the culture and language in your living room?

In this article I’ll outline: 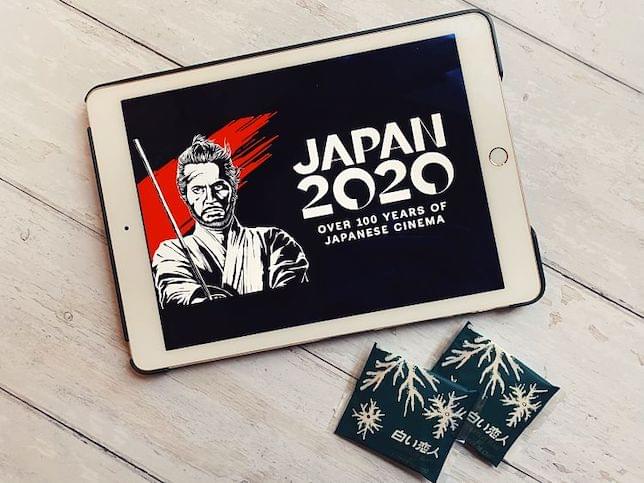 Plunging in at the deep end – immersion is absolutely the best way to learn a language.

I’ll always remember trying out my French in a restaurant on a school trip when I was 12. I was flushed beetroot red from head to toe, but in that ‘sink or swim’ situation, I somehow communicated more than I’d ever uttered in the confines of the four walls of the classroom, and *gasp* received some food. Result!

It’s well known that students who are not learning by immersion often struggle with communication skills. They’ve learned out of the context of the ‘real world’.

It’s the same, of course, with Japanese. Learners of Japanese, not currently living in Japan, often find that they can read and write the language to a good level, but can struggle to hold an everyday conversation.

Japanese film gives us the unique opportunity to immerse ourselves in natural, conversational Japanese.

Getting familiar with the pitch, pace and flow of the language; the pronunciation and intonation, is such an important part of language learning.

There’s ‘nowt so queer as folk’ and to be honest, I think my husband still has no idea what anyone is talking about when we go to visit my mum in North Yorkshire. We’ve never stayed there long enough for him to get accustomed to the different sounds and particular turns of phrase.

So, come to think of it, I ought to immerse him in some quality screen time, such as the classic TV series ‘All Creatures Great and Small’, in preparation for our next visit.

Simply getting used to the different sounds and rhythms of a language, and unique ways of speaking can seriously break down that initial barrier to communication we find when travelling.

Film is a seriously useful tool to counteract the weighty inconvenience of culture shock. Far from a joke – culture shock can seriously detract from your enjoyment of a much anticipated trip, and prevent you from thoroughly enjoying your interaction with the locals.

Ok, look, we all know that film is not actually real life. So if you pick up weird catch phrases from anime characters, or fighting words from the historical samurai drama chanbara, don’t blame me.

But moving past that, many films are of course set in everyday Japan, and by listening carefully, we can pick up useful phrases in everyday contexts, especially noticing the changes in formality which plays such a big part in spoken Japanese. It can be useful to keep a notepad and pen handy to note vocabulary and phrases.

I once lent a DVD of Hirokazu Koreeda’s ‘Still Walking’ (歩いても 歩いても, Aruitemo aruitemo) to a Japanese friend in London, after having been moved to tears by the poignant portrayal of family life. She returned it, unimpressed. ‘But, nothing happens’ was her verdict. I realised that was exactly why I liked it.

The Best Genre of Japanese Film for Learning

So, what is the best genre for learning Japanese language & culture?

I looked further into this and soon found that Koreeda’s style of filming, focusing on small, meaningful moments of everyday life (rather than dramatic tension and conflict) is known as ‘shomin-geki’ 庶民劇. This is a convenient pseudo-Japanese word invented by Western film scholars, using the characters for ‘common people’ and ‘play’.

Mikio Naruse (1905–1969) and Yasujirō Ozu (1903–1963) were forerunners in this genre, directors of realist film portraying the ordinary, everyday lives of ordinary, working-class or middle-class people.

To focus on Japanese language learning, I’d highly suggest focusing on the ‘shomin-geki’ genre of film, where you can glean an insight into the myriad of seemingly insignificant interactions that make up real daily life.

Also, try anime films set in the real world of family life, such as Mamoru Hosoda’s ‘Mirai’ (2019 Oscars nominee). And of course, the classic Studio Ghibli creation ‘Tonari no Totoro’.

Or, check out the world’s longest running cartoon, Sazae-san, which is about a typical Tokyo family. New episodes are currently paused due to the coronavirus outbreak (Guardian article here)– but it’s been running since 1969 – so there’s plenty of shows available on Youtube to catch up with on lockdown. 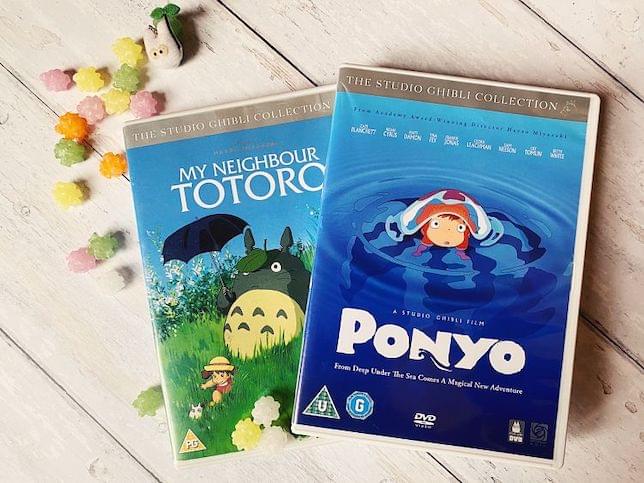 Japanese Anime – not just for kids!

I’ll never forget the glaring, silent scolding I got from the thundery-faced station master at my small, local train station. He stood firm, gesturing an unmistakeable ‘DAME’ with his arms crossed like an X in front of his chest. I had sneakily tried to park my bike in the non-parking zone (it was prohibited, but full of bikes).

Listening aside, non-verbal communication makes up a huge part of our everyday interactions – and nowhere more so than in Japan.

Much of what could be said is often implied instead, through facial expressions, body language, and customs such as bowing, pointing and gesturing.

Non-verbal ways of getting a message across become even more important when you are not fluent in the language. Physical communication and gestures play such a crucial role in Japanese society, that they can serve a nice, handy short cut to fit in.

In Japan, You Need to Read the Air

When you stay in Japan for an extended time, you begin take on gestures and mannerisms almost unconsciously. Watching film films can give you a real edge on absorbing them before you get there.

It can feel very strange at first to take on new styles of non-verbal communication, but getting comfortable with some simple, often-used gestures can make it so much easier to connect with those around you.

Stories are universal. Since the beginning of time, humans have used stories to transmit and remember things, whilst engaging the emotions to keep listeners hooked.

Don’t get me wrong – there is definitely a time and place for a good old ‘Minna no Nihongo’ textbook (and memorising that dialogue with Jones-san looking for the bus stop).

But language and culture – what people say and what people do – can’t be separated. Language IS culture. And interesting stories weave them together, give them a context, and help them to stick in our mind.

Stories aren’t just for kids, we tell each other them all day long. Marketing, entertainment, jokes, anecdotes, or just a description of your wait in the socially-distanced queue outside Aldi; stories make up our lived experiences.

So if you’ve tried to get on with learning Japanese in the past, but bored yourself silly, put down the books for a while and immerse yourself in film. Travel to Japan – for around 90 minutes. 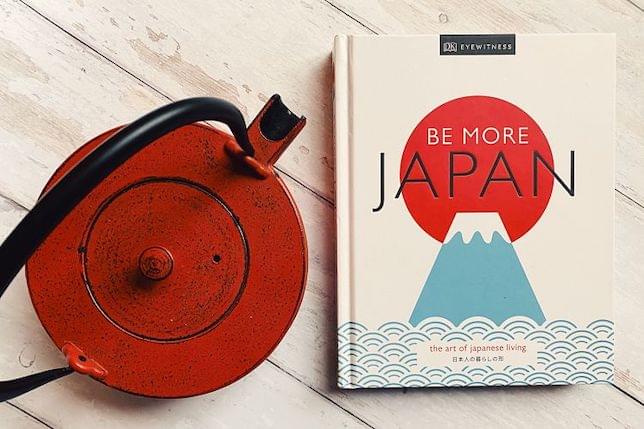 Where to Get Japanese Film in London

So by now I trust you itching to get your hands on Japanese film here in the UK? There’s good news. Film festivals, DVD labels and cultural organisations offer a wealth of opportunities.

At time of writing, cinemas remain closed due to the coronavirus outbreak. Cinemas in London that regularly show Japanese films are: Prince Charles Cinema, the Curzon Cinema, the ICA (Institute of Contemporary Arts) and the Picturehouse cinemas. I’m certainly looking forward to the day they’ll open their doors to cinema goers once again.

Firstly, DVDs. Yes, people still buy DVDs. It can be a great idea to purchase a DVD if you know that you’ll watch it more than once (for study purposes, ahem) – and some DVD players give the option of slowing down to 90% so you can catch the words.

There are two main DVD distributors to shout out:

Japanese Film Festivals in the UK

Now, on to Japanese film festivals.

If you are keen on niche genres, keep your eye on JAEFF, which draws connections between classic 20th century avant-garde cinema and contemporary experimental filmmaking. The 2020 theme is Bodies. ‘Inspired by the now 2021 Tokyo Olympics, our experiences in lockdown and our loss of words, we will present a line-up of features and shorts that examine the body triumphant, and the body in crisis, through dance, performance, sport, exercise, and more.’

This is the UK’s largest Japanese film festival, and happens annually. The 2020 festival took place from January to March, with films shown in cinemas all over the UK, as well as special guest lectures and talks.

While the cinemas were closed due to the pandemic, it’s awesome to note that British Film Institute moved their amazing line up Japan Season 2020 online on to their BFI Player. It’s free for 14 days to trial their subscription service, then £4.99/mo. They are a charity, so well worth supporting them at this time.

For a crazy comprehensive overview of Japanese film, check out this BFI article: The best Japanese film of every year – from 1925 to now

Thanks for reading. If you liked this article, please do subscribe to the JapaneseLondon.com newsletter & start filling your life with more Japan!

Previous post: Where Can I Get Japanese Sweets, Cakes & Bread in London?