Is It Even Worth Learning Japanese? 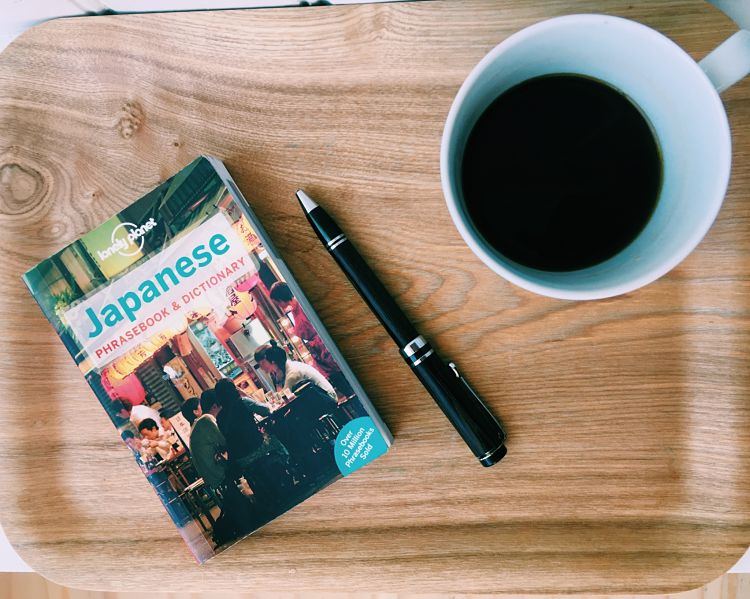 It was so hot that perspiration stood out on the kids’ upper lips. I was at a summer holiday club in a school in Japan, and we were making random things with clay.

‘Is that a dog?‘ I asked a boy, in English. He looked at me in mild alarm, having no idea what I just said. Use sounds, not words? I thought.

It was only later, as we stood around the cooler, the kids necking ice-cold mugicha (barley tea – unsweetened!) that it really hit me.

Even the animal sounds were different in Japanese.

Everything was different – and I absolutely could not ‘get away’ with not learning any Japanese – not if I actually wanted to enjoy my time in Japan. I felt a little foolish, and chastened.

I totally get it. For the beginner, learning the Japanese language can seem ridiculously overwhelming. I didn’t know where to start.

What? There are 2 phonetic syllabaries, or alphabets (known as katakana & hiragana), of 46 basic characters each? You need to learn thousands of kanji (Chinese characters) just to read a newspaper? Urgh.

People often ask: ‘I’m just going on a 10 day trip to Japan. Is it even worth trying?’

Let’s slow down a moment. You don’t have to learn the writing systems if you don’t want to. Japanese can be rendered in ‘romaji’ (i.e. roman letters). You certainly don’t need to race towards ‘fluent’. You will never need to read a newspaper in Japanese. Really!

BUT just a little spoken, conversational & polite Japanese is a WHOLE LOT better than none.

Did you know there are about 10 key Japanese phrases, that used correctly, will slide open countless doors? The effect is magical, trust me.

Beginner Level Japanese is So Satisfying

In order to get the most out of your trip, I absolutely recommend that you learn the most commonly used greetings and phrases. They keep things running smoothly as a kind of social lubricant.

Beginner level students find learning the basics of Japanese extremely satisfying – and surprisingly simple! It is absolutely worth learning some basic, everyday words and phrases, even if you have no intention whatsoever of ever attempting to become fluent in Japanese.

The good news is, there are a few phrases are absolutely music to the ears of literally ALL Japanese people. They have had the importance of greetings instilled in them from being tiny children: you must say certain greetings, and you must say them properly – that is, cheerfully and in a strong voice.

This might seem forced, but we all know the feeling you get when you’ve said hello, or something, to someone who doesn’t respond as expected, in turn? For me, that’s usually toe-curling embarassment, followed by feelings of anger.

I believe that the Japanese way of insisting on a certain kind of standard of ‘predictable pleasantries’ adds to a feeling of satisfaction and belonging.

Sure, if you say ‘good morning’ in English, people (especially working within the tourist industry) will likely understand. But how much nicer to really connect with a heartfelt ‘ohayo gozaimasu’?! It shows a respect for the Japanese language, and you will gain respect in turn.

Along with good morning, it is extremely worthwhile to learn about 10 key Japanese phrases, how to pronounce them and when to use them, even if you are going on a short trip. Read here this great BBC article on the fascinating phrase ‘yoroshiku onegaishimasu’ – perhaps the most important Japanese phrase you will ever learn!

You’ll Make Connections With the Locals

Sometimes travellers fear learning the basics, in case things escalate. That is, they are afraid they won’t understand something and look silly. However, in learning Japanese basics you can put that fear to rest.

Firstly, you can learn general, polite greetings which don’t require you to understand an answer. Secondly, Japanese people do tend to assume that you won’t speak much Japanese. They are often (terribly) afraid of having to speak English and will thus honestly appreciate your attempts to show willing and communicate in their language.

People will excuse you if you don’t speak a word of Japanese. Yes, you will just about get by, now that more and more signs had been translated into English ahead of the postponed Tokyo 2020 Olympics (fingers crossed for Tokyo 2021!).

But you will struggle to make that genuine connection that will come from understanding, for example, how to order food in Japanese. Pointing and gesturing in an effort to be understood can be exhausting and frustrating.

Japanese Will Make the Most of Your Trip

But why not deepen your appreciation for the beautiful and unique culture of Japan by gaining an insight, via the language? Although in recent years, Japan has become a more accessible tourist destination, it is still a long-haul flight and a major trip. Make the most of it!

After the travel standstill of 2020, we have come to realise that what’s important is fully enjoying our everyday lives. Although frequent flights to Japan will surely return, there will be a knowledge going forward that our preparation for, and anticipation of, a trip to somewhere so far away is such a meaningful part of the experience.

Likewise, we will want our trips abroad to linger in our hearts and minds, more than ever. Japanese words represent Japanese ways of thinking and doing things, that can fill our lives with deeper meaning, if we let them. 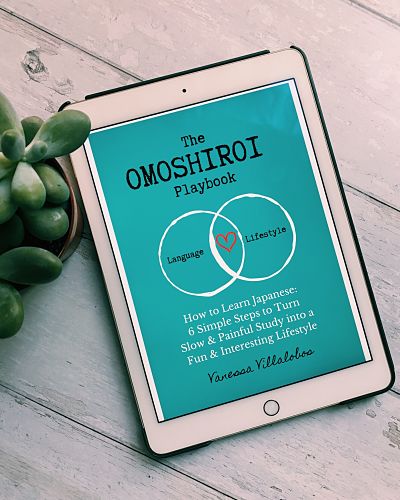 If you found this article useful, please do check out these other JapaneseLondon.com articles:

How to Learn Japanese: 6 Simple Steps to Turn Slow & Painful Study into a Fun & Interesting Lifestyle

Is it Worth Learning Japanese? 3 Questions to Ask Yourself

The articles above are from THE OMOSHIROI METHOD podcast series (Apple Music link here).

If you are serious about learning Japanese, don’t forget to grab THE OMOSHIROI PLAYBOOK (click here).

It contains fill-in-the-blank worksheets to uncover your UNIQUE visions, goals and tactics to learn the Japanese that YOU WANT. When you are done, send it back to me (Vanessa) & I’ll give you some recommendation and feedback on your plan.

Next post: Japan in London for Kids – All You Need to Know

Previous post: This is Why You Need to Book 10 Japanese Lessons (At Least)